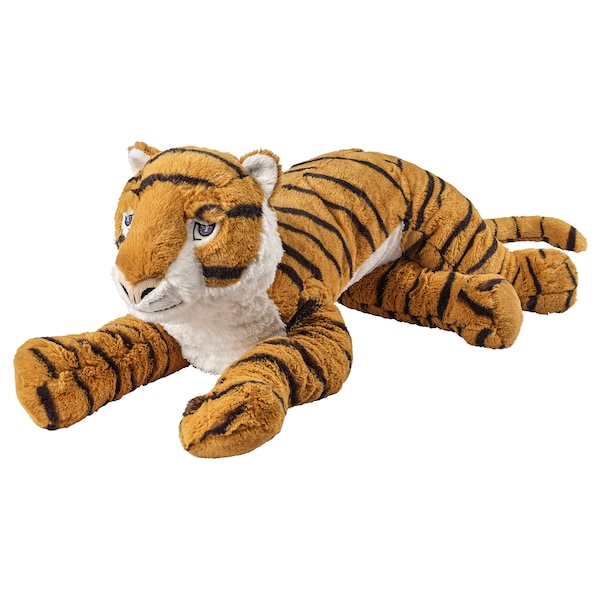 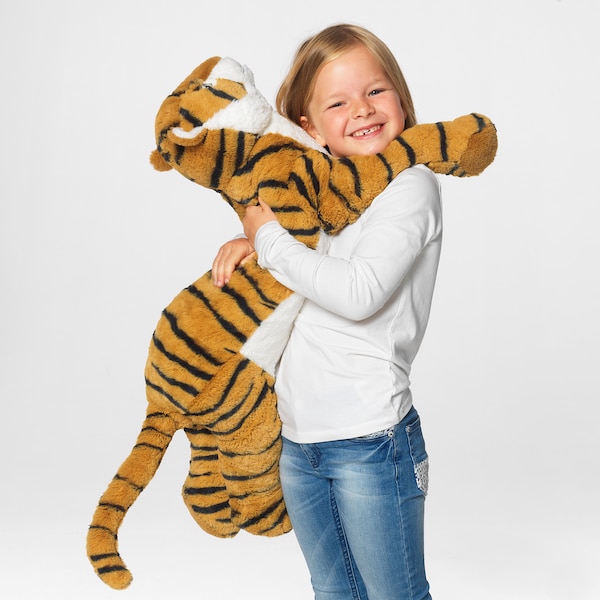 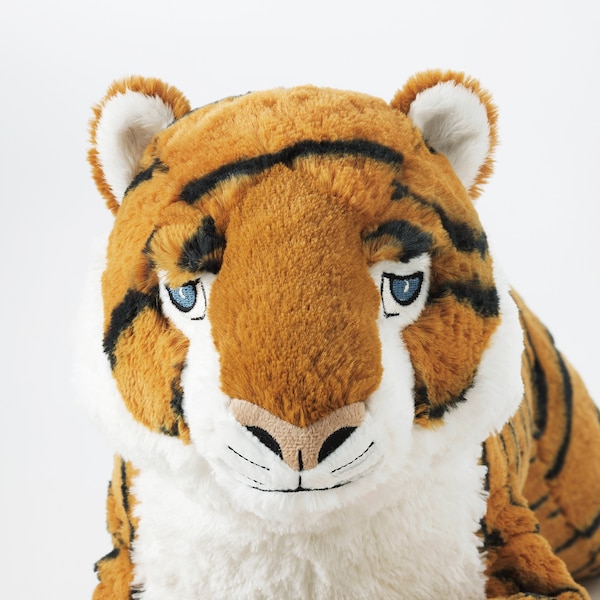 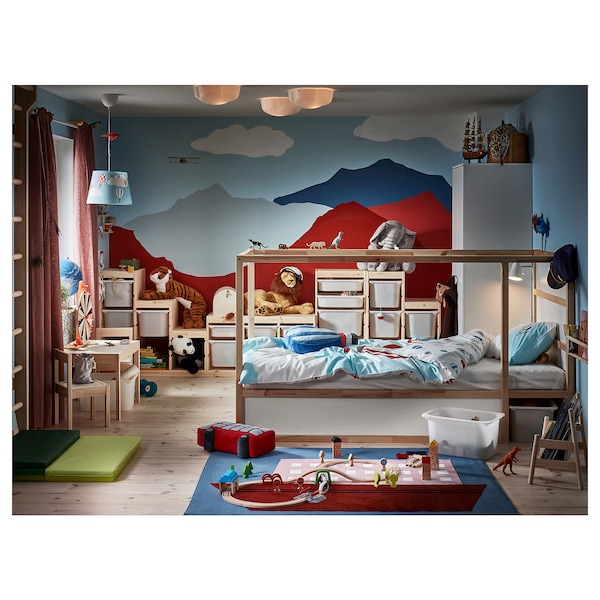 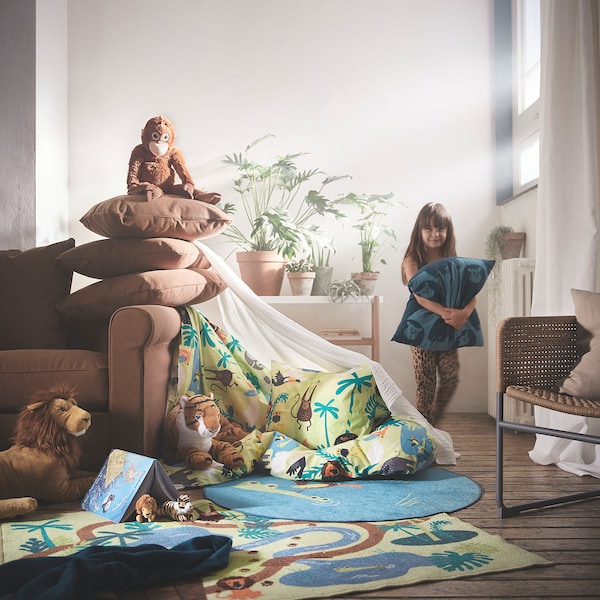 Tigers are one of the world's strongest animals and are loved by children. However, this soft tiger is not so dangerous, but can still give children some courage during their real-life adventures.

Did you know that the tiger is the world's largest feline? But there are not many left in the wild, so take good care of this big striped friend. If you give it lots of hugs, it will surely enjoy staying with you in your home.All soft toys are good at hugging, comforting and listening and are fond of play and mischief. In addition, they are reliable and tested for safety.Recommended for ages from 18 months.This product bears the CE mark.Designer 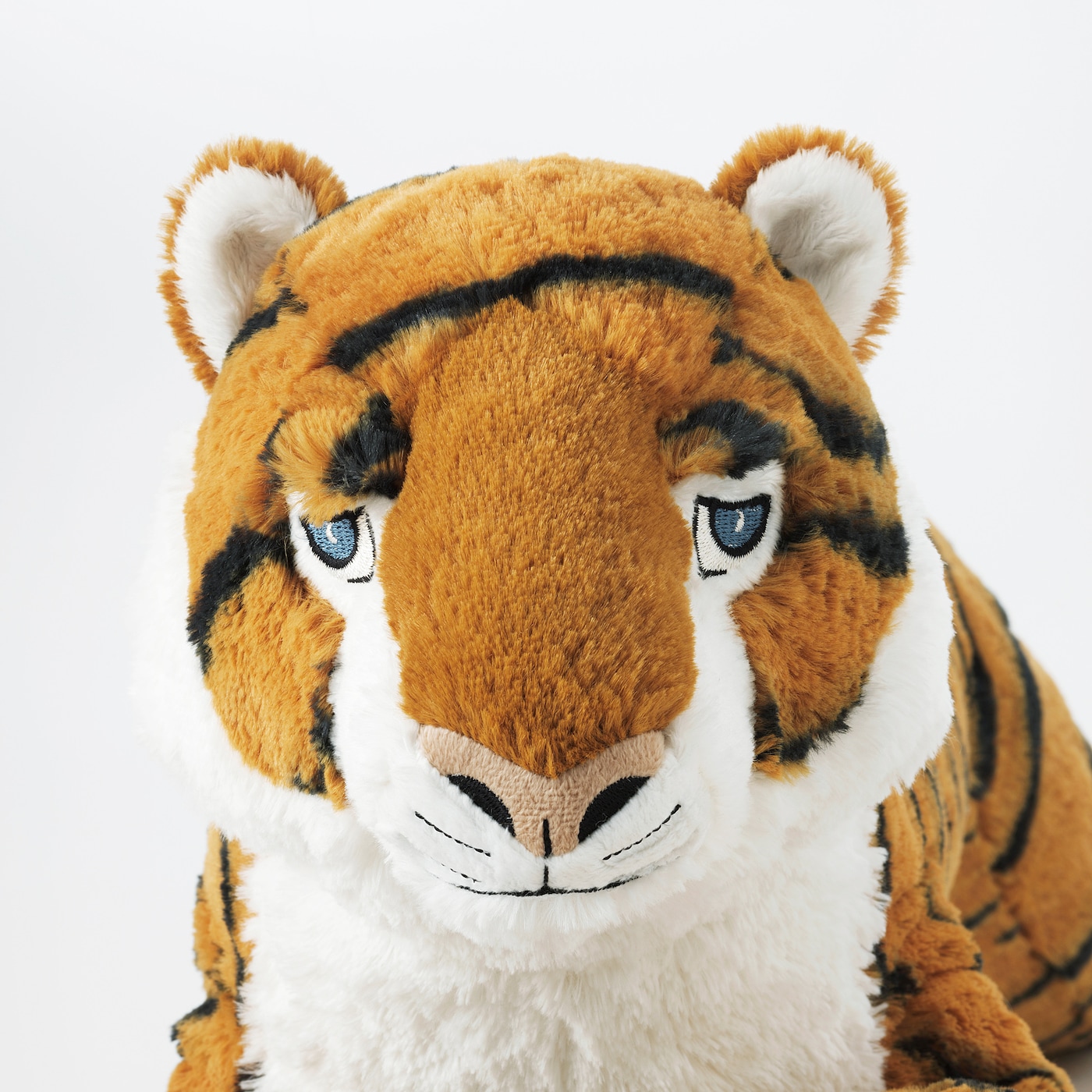 DJUNGELSKOG soft toys collection is full of friends to play with and – sometimes – get consolation from. But it has one more important purpose: to highlight wild animals that are endangered due to human activities. Like the orangutan. It lives in Borneo's rainforests where fires and deforestation have reduced their numbers. But it's possible to reverse the trend.  Read More
Martin Petri, who works with sustainability at IKEA, was in a rainforest in Borneo in 2016. It was hot and humid. The sound from surrounding wildlife resonated intensively in all directions. High up in a tree, he caught a glimpse of an orangutan dwelling – they were back. "In 1983, a forest fire destroyed 18,500 hectares of rainforest", says Martin. "When Ingvar Kamprad, founder of IKEA, heard about it he wanted to contribute to the restoration of the rainforest. That's why, since 1998, we've financed the project ‘Sow a seed’ which has led to more than 12,500 hectares of rainforest being replanted."

Humans have the possibility to restore the natural habitats of animals and the biological diversity which provides balance in nature ─ just like in the rainforest Martin Petri visited. “’Sow a seed’ is one of the world’s largest rainforest projects, and has given involved researchers valuable knowledge which will be useful for other rainforests which have burned down or been felled", explains Martin. More rainforest in Borneo means more orangutans swinging between the trees with their long arms. What a beautiful sight.
Read less